The design of the unitized curtain wall system has a high technical content, which is directly related to the economy, safety, craftsmanship, functionality, construction and maintainability of the curtain wall. However, the system design is very complicated, and it involves many professional knowledge, which will not be described in detail here.

The unitized curtain wall unit panel is manufactured and assembled in the workshop, and can be directly installed on the main structure of the building on site. Regardless of whether it is plugged or butted, the unit blocks need to be sealed at the top, bottom, left, right, and "cross" interfaces of the unit blocks. How to deal with these free joints from the system design is the key to solving the water tightness of the unitized curtain wall. Since the air pressure difference inside and outside the gap cavity is the main driving force for rainwater leakage, the air pressure in the gap cavity is required to be equal to the outdoor air pressure to prevent the rainwater from being forced into the cavity by the difference in air pressure inside and outside the cavity. The following three aspects are explained:

(1) Reasonably design the end face of the profile and the occlusal position of the profile, and try to separate the watertight line from the airtight line to ensure that the isobaric cavity plays a role.

(2) On the cross-section, avoid opening process holes during the production process as much as possible, and it is forbidden to open process holes on the wall of the airtight wire cavity.

(3) In the section design, special devices for transferring loads and actions should be set up on the vertical (or horizontal) members, and the airtight line rubber strips should be avoided as much as possible to transmit the force.

(4) In the section design of the plug-in unit curtain wall, it should be considered that there is a lap length of not less than 15 mm between the plug-in parts after the panels are installed. In order to have the ability to adapt to the displacement between layers and absorb the errors generated by on-site installation.

(5) When designing the section, consideration should be given to reserving a slot for installing the soft-covered water strip, so that a water-blocking barrier can be formed at the gap after the panel is installed.

(7) The types of profiles of curtain wall panels should be considered as few as possible, and at the same time, the combination of parts should be reduced as much as possible, so as to reduce the gaps formed by panel assembly.

(8) The airtight line of the unit curtain wall should be closed. The structure must prevent the existence of air leakage channels at the cross joint.

The basic components of EPDM strip for curtain wall are EPDM, carbon black, active agent, plasticizer, vulcanization accelerator, etc. Among them, the glue content of the rubber strip is controlled at about 35%. If the glue content is too low, the mechanical properties of the material, especially the tensile strength, resilience, and aging resistance, will deteriorate, and the service life will be greatly shortened. However, if the glue content is too high, the cost will increase, and the performance of the material will also deteriorate. Among them, reinforcing agents, vulcanizing agents and plasticizers do not only play a role in reducing costs. As long as they are added in an appropriate amount and in a proper proportion, they can improve the performance of the material.

According to different climate characteristics, different EPDM grades should be selected. Summarizing the application experience in recent years, the design of the adhesive strip can follow the following principles:

(1) In the northern region, where the temperature difference is large and the temperature is very low in winter, it is best to choose some oil-filled grades, and fully consider the low-temperature brittleness of the material in the formula design, so that the hardness has little dependence on temperature, which is easy to install and use.

(3) When designing the rubber strip, the compression ratio and hardness must be reasonably determined.

(4) For rubber strips with special environmental requirements, it is necessary to jointly design with the rubber strip suppliers to make up for the lack of designers' knowledge and make full use of the excellent performance of the rubber strip materials.

(5) The airtight line rubber strips of the butt-type unit curtain wall should be the same vertically and horizontally to ensure that the rubber strips are closed at the four corners of the plate. 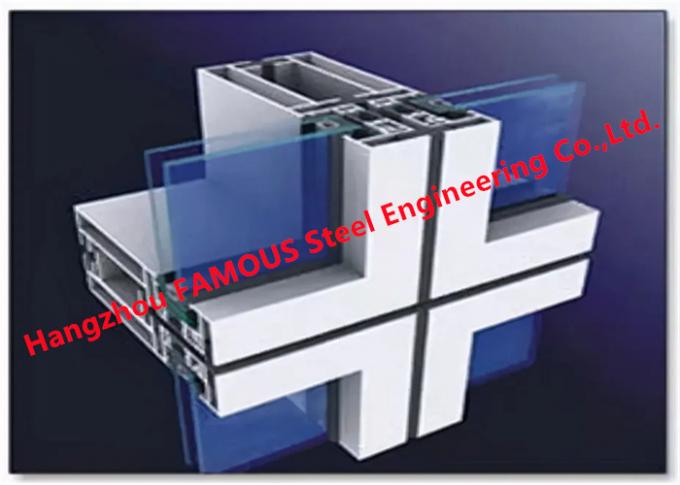