A relatively closed space is formed between the inner and outer curtain walls of the double-layer curtain wall. There is an air inlet in the lower part and an air outlet in the upper part, which can control the flow of air between them. Features controllable air inlets, exhausts, sun visors and louvers.

The outer curtain wall is made of single-layer glass, with an air inlet at the lower part and an air outlet at the upper part. The inner curtain wall is made of insulating glass, heat-insulating profiles, and has windows or doors that can be opened. It does not need special mechanical equipment, and completely relies on natural ventilation to discharge solar radiant heat to the outside through the air outlet on the channel. Thereby saving energy and mechanical operation and maintenance costs. In summer, open the upper and lower vents for natural ventilation and cooling. In winter, the upper and lower vents are closed, and the solar radiant heat is used to enter the room through the opened door or window, which can utilize the heat energy and reduce the loss of indoor heat energy.

1) The outer curtain wall adopts insulating glass and insulating profiles to form a closed state. The inner curtain wall adopts single-layer glass or single-layer aluminum alloy doors and windows, which can be opened. Using mechanical ventilation, the air enters the channel from the air outlet on the floor or underground, and flows into the ceiling through the upper air outlet.

2) Since the intake air is indoor air, the air temperature in the passage is basically the same as the indoor temperature, so the energy of heating and cooling can be saved, which is more beneficial to the heating area. Since the internal ventilation requires mechanical equipment and photoelectric control shutters or shading systems, there are higher technical requirements and costs.

1) It is not only limited to the single circulation mode of internal circulation or external circulation, but should have more flexible adaptability to external weather and climate conditions. For example, it has a better balance between summer and winter, and reduces the dependence on other systems (such as fresh air system, refrigeration system, etc.), which is conducive to improving the comprehensive energy saving effect.

2) The channel setting is generally only used for ventilation, and its width is 100-300mm. When there are maintenance and cleaning requirements, the width is 500-900mm. Its width is > 900mm for resting, viewing and walking, and it is equipped with grille.

1. Make the outer layer of the building effectively adapt to natural weather changes and improve the thermal insulation performance of the curtain wall.

2. Improve the sound insulation performance of the curtain wall and improve the indoor conditions.

3. Due to ventilation, improve the comfort of people's working and living environment. 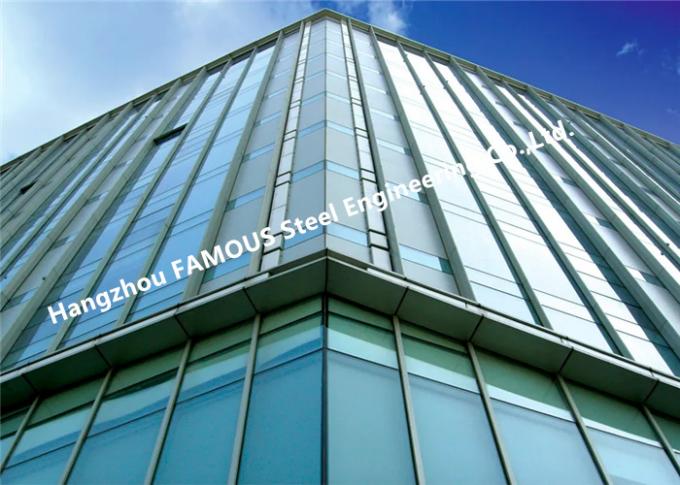